Rototuna Primary School is situated in the North East of Hamilton. The school was opened in January 2003 and was built to cater for the rapid residential development in the area since the late 1990's.

Most of the school is built in hubs, each named after a native tree.  Mānuka, Kahikatea, Kowhai, Rata, Totara, Rimu and Tawa hubs have 4 classrooms and a shared community space.  In each of the hubs there are smaller rooms/offices, which we often use to work alongside students who require extra support or to provide extra programmes. There are also two blocks of single cell relocatable rooms – Kauri block (at the rear of the school) and P block - (at the edge of the field), a multipurpose hall, library, teacher resource area, administration block, two tennis courts, play areas and ample car parking.

The Board of Trustees and the P.T.A. are generous supporters of student learning. Rototuna Primary School has been classified as a Decile 10 school by the Ministry of Education.
The school is extremely well resourced for all areas of the curriculum and for play. 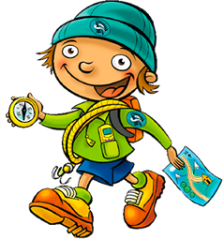